I made a rather less shiny clone of a minigame I’ve been playing a lot of recently. You can play it over here. 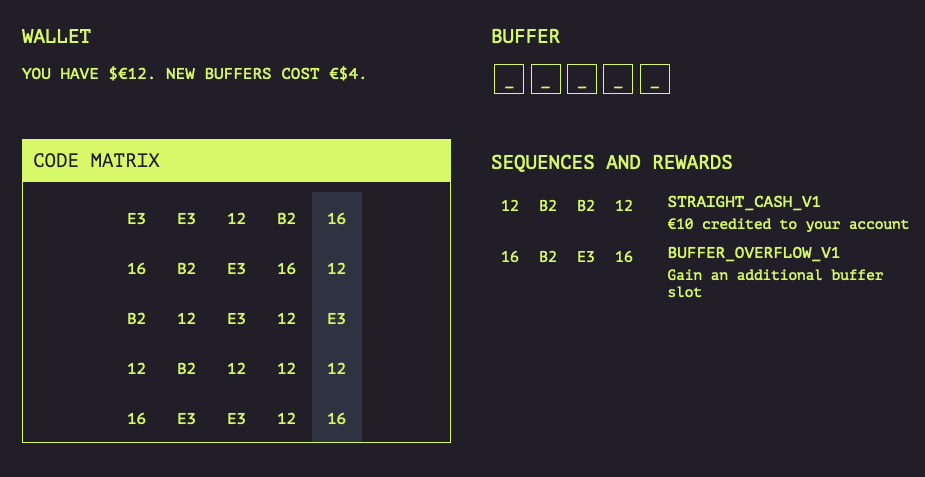 As a weird experiment, I decided “why the heck not”, it’s on itch.io. I’m not likely to go back to this project, but if someone people showed interest, I may well do. It’s certainly a smaller scope game than the game I’m supposed to be spending my time working on.

I started it because I wanted to fool around with Svelte, and I should make a longer review of that soon. It’s quite nice though. I’ve been told that I should try out React once more, with all the new hooks and whatnot. I’ve watched far too many Ben Awad videos recently and he managed to get me excited about the framework.

I’m a heart beat away from actually trying TypeScript. Stay tuned, I guess.