For the first time in my career, writing code every day isn’t my main priority. We’re hiring a CTO at the moment, and will shortly be hiring for a senior developer. (No link for that role just yet, but if you’re interested, feel free to send me a CV! pls no recruiters.) Between that and a few other non-codie related duties, I’ve not have a great deal of time to be programming.

After barely a week of that, I found myself really rather energised about code once again and wanted to jump back into something. (I can’t imagine this is an original idea, but I’d recommend everyone take a syntactical break.1) I’ve been thinking about number stations a lot, since reading Codename Villanelle and so figured I’d make one.

It wasn’t until I was about two thirds into the project that I realised I’ve actually just created a base-four clock and just continued rolling with it. 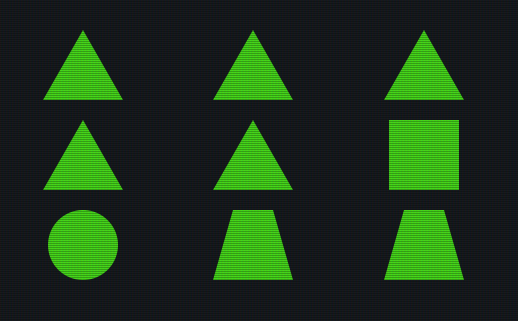 Some fun quirks around it:

I quite like having it on a spare screen somewhere. It’s utterly undistracting, but quite nice to look at and do the base-four to base-ten conversion. It’s like a weird brain scratch.

1 This is supposed to sound like “sabbatical”. But with relation to code. Nevermind.